White Wine “Who Cares What The Laser Says?” LP

“White Wine’s debut album has the epic scale and electronic drama of bands like Muse, as well as joining them in the world of sci-fi concept albums. However, the Leipzig-based group firmly reject the sense that Muse’s music creates; they throw away its formulaic, computer-generated rhythms and the lack of intimate feeling.

Instead, White Wine replace this with unpredictable, unsettling melodies and wriggling guitar riffs, underneath Fritz Büchner’s tense, emotionally fraught vocals. The lyrics are claustrophobically self-scathing (such as on ‘Bullet Points Like Swords’, with its paranoid yelps of “I’m a sick and narcissistic sycophant!”), yet also turn their sharp gaze towards the nightmarish world we’ve found ourselves in. ‘A Drink and 6 Lane Freeway’ performs this artfully with its critique of LA – where Haege lived before moving, disillusioned, to Europe. Its guitar twangs satirise classic Californian country ballads, while Büchner sings in strained tones criticisms of ‘collagen monsters’.” (Review by We Are Unseen) 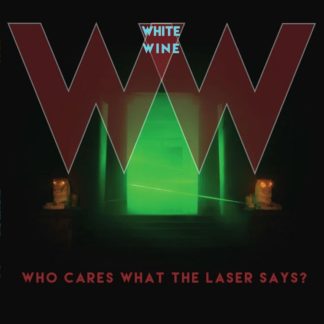