This is the first LP of the Strasbourg (FR) based punk band Les Mauvais Jours. It’s a fresh indie punk DIY record intended to warm your feelings, which is something we all need in these distressful times of social oppressions and prejudices. Hopefully, the ice cream won’t melt and the bitter and dark days will end.

„OK, I have to admit that I’ve listened to Sport’s Colors LP an unhealthy number of times since it came out, now more than five years ago. It’s not that I listen to that indie-influenced, melodic punk-rock all the time, actually quite the contrary. It’s just that some records are so catchy that they instantly make it into your summer jam playlist. […]

Well, it’s still snowing outside and it’s too early to get hooked on such a poppy record with a melted ice cream on the front cover. Still, it’s a great stuff from another French band in the veins of Sport. There’s a great vibe in all these ten songs and you can feel it that the band is just as passionate as any other energetic hardcore punk act you’d love. If you need more proof of that, I should tell you that […] Les Mauvais Jours (the name translates as the bad days) feature members of such intense Strasbourg hardcore bands such as The Boring, Another Five Minutes, and More Dangerous Than a Thousand Rioters.“ (Review by DIY Conspiracy) 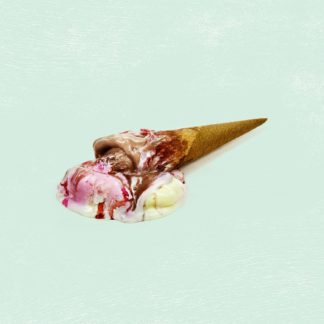