Lara Korona is back with force. In terms of recordings, the last two years have been relatively quiet for the four boys from Dippolsdiswalde.
After the independently released demos in 2008 and the 2010 12” split with Johnny Futuro, Lara Karona is finally at large with their long-anticipated debut album.
Stylistically, the band has made some giant steps. The five songs on “Land Unter” express a maturity that stands apart from previous releases. Hard, dark sounds are aptly combined with melodically rhythmic interludes. If you need to have a label, then this could be slotted under post-hardcore or post-screamo.
The artwork is kept simple – classic black and white. The vinyl includes a coupon, which can be used to download the MP3 version of this record. 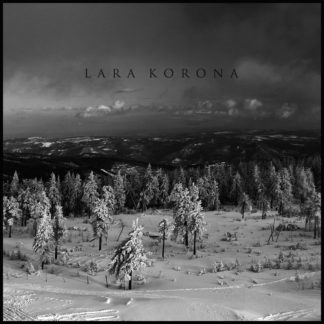